Despite its lackluster curb-appeal, I knew that I could turn this place into something special.

I bought a fixer-upper in Northern California. It's the type of place you don't feel good about having your parents visit. The heater didn't work and the roof leaked. The carpets had well-worn game trails winding from room to room, stained brown from decades of tenants and neglect. Clearing a blackberry bramble revealed a garden shed on the corner of the property, and rats had made the mother-in-law unit their own. Despite its lackluster curb-appeal, I knew that I could turn this place into something special.

The vision is to provide a space for post-9/11 veteran authors to come and complete a manuscript. Writing is not only good for the veteran's health, but can serve as a way for Americans to understand the veteran experience, helping both communities in the process.

I spent the first summer under the house replacing rotten beams and pouring cement for piers. At one point I got so sick a pushing buckets of cement through the 18-inch crawl space that I tore the floor out of the spare bedroom so I had better access. My only regret was not doing it sooner.

I didn't consider sprucing up the inside of the house until I got the roof repaired and replaced, which took about a year. Patching, paint, fresh floors, followed soon after. My girlfriend's decorating aesthetic quickly made the space feel like a Boho Chic catalogue cover. We had a home we could be proud of.

Whatever the failings of the house, they were only flesh wounds compared to the utter disrepair awaiting me in the studio. Gophers had mounded wet dirt up to the bathroom subfloor, requiring a total replacement. The slab foundation of the main room tilted four inches off plumb. The insulation in the ceiling smelled like a rat bathroom at bar time.

I got to work gutting the place. I sweat copper, ran sewer lines, poured concrete, hung and patched drywall, installed a bathroom and kitchen. I leveled the slab and laid down a new floor. If I ever got over my head, I'd call on friends for guidance and help.

I categorize these projects based on the audiobooks I listened to while completing them. I made it through the 62-hour tome, The Rise and Fall of the Third Reich, finishing around the time America's own capital building underwent another failed putsch attempt.

Somewhere along the way, I started getting the non-profit part of the vision into motion. I met with the board of directors over at the The Ink People Center For the Arts non-profit, and they agreed to take this mission under their proverbial wing, making the Veteran Artist Residencies (VAR) a DreamMaker project. This meant that the VAR mission now had non-profit status and an experienced group to help answer any of my questions along the way. The vision continued to coalesce into reality.

By the time the studio bathroom had running water, Joey Paz, a devout yogi living the life of a Holy man in an era that has little interest or use for one, agreed to move into the studio and help with projects in exchange for a free place to live. He's not the type of charismatic saint that makes it into the history books, but he is a saint. He's so unattached to the things of this world that I fear he might float away. Perhaps this is what's meant by ascending into heaven?

Let's take a moment to gawk at Joey's practice and consider the teachings he shares on his social media, shared below in the photo captions:

The postures of yoga are designed to challenge the body to the point that the mind becomes silent. I'm not sure what Joey had to work through on his path to sainthood, but judging by his advanced practice, I'm guessing he had plenty to sort through before conquering his mind.

With Joey's help, the project gained momentum. Instead of sporadic bursts of productivity every other weekend, the project moved forward day by day. He did yeoman's work with plaster and paint. I did my best to keep one step ahead, ensuring he had as much work as he wanted.

If you scroll really fast, the following series of photos will feel like a poorly edited stop motion film highlighting the remodel progress:

So here we are. The studio is 95% complete, and we're to the point that we're slowly bringing in furniture. The space is officially ready for its first veteran artist, and now the next step of the mission is to fund raising and finding talented writers that happen to be post-9/11 veterans.

How You Can Help Support the Mission

What is the funding used for? The majority of funds will go straight to the veteran-artists staying here. The living stipend will get paid out monthly and is intended to reduce some of the survival anxieties associated with modern living. Some of the funds will help cover the cost of utilities used by the studio. And The Ink People Center For the Arts gets a 15% cut for their role in handing all the financial and legal requirements of running a non-profit. They're doing the Lord's work in the community with some of their other projects, and no one likes paperwork, so we're happy to have such a partner.

In a perfect world, the financial breakdown will look like this for each veteran:

So, math would conclude:

A subscription to this member-supported blog costs $20 per month, so if you and 131 other good people like you are intrigued enough to find out how this journey progresses, we'll be operational. 132 patrons is totally doable. And even better, the subscription is considered a donation to the non-profit. So at the end of each year, you'll receive a donation receipt that you can share with whoever it is that prepares your taxes.

Here's what you can expect from the subscription:

Sure this is a non-profit mission, but we want to earn your support and bring you along on this journey as we reimagine the veteran experience. And hopefully we can get some amazing art and ideas out into the world.

Here's How You Can Support and Participate

Access to Waking Up On the Appalachian Trail text and audio book, including never-before-seen photos and behind-the-scenes stories.

Just ask, and we'll send you our "fund art, not war" sticker.

You'll receive a donation receipt at the end of each year. Save it for tax season. Let's fund art, not war.

Donations of $50 or more receive our "fund art, not war" sticker. 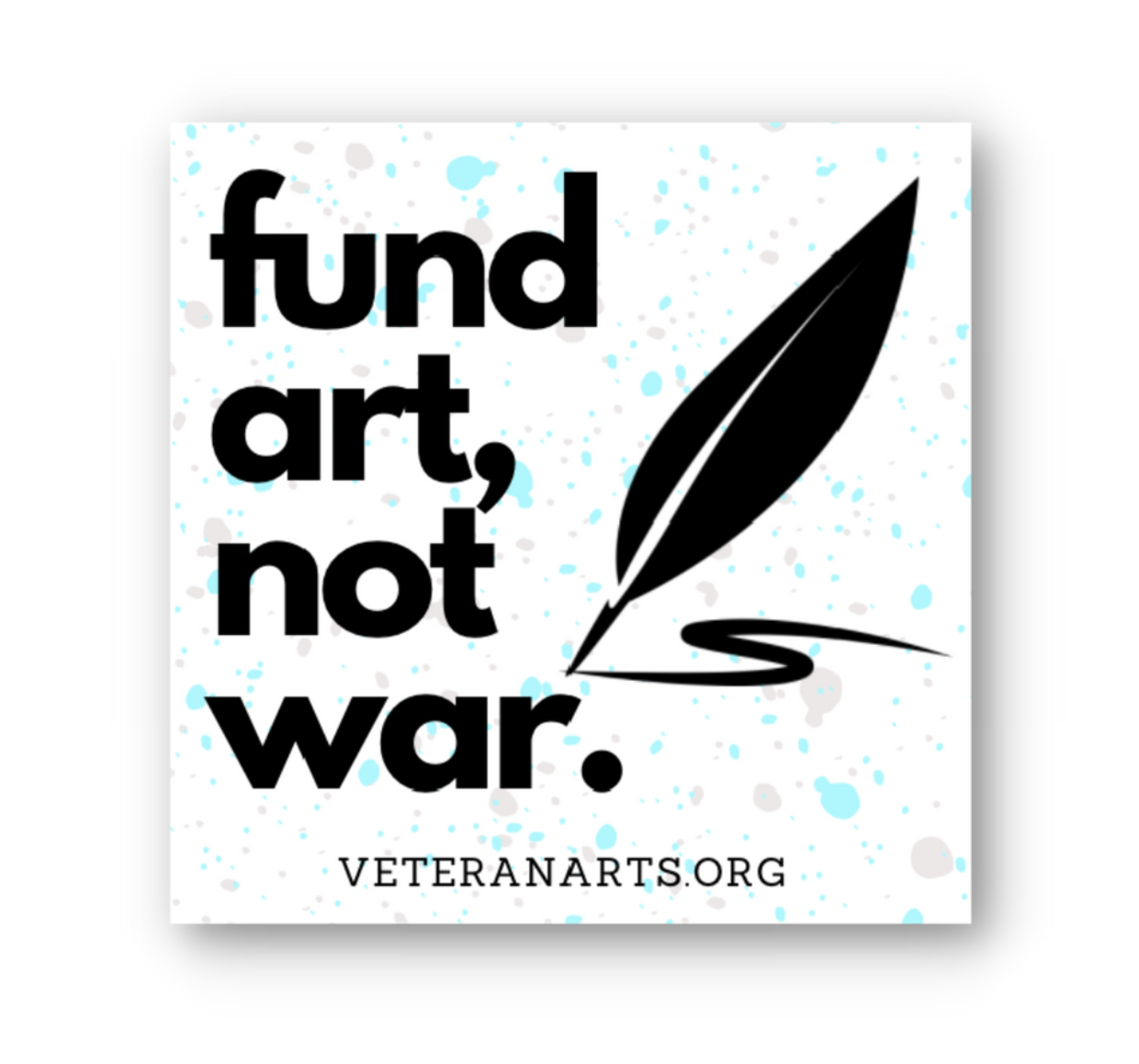 You'll also receive an email receipt immediately after your donation. Save it for tax season. Let's fund art, not war.

Do you know a talented veteran writer America needs to hear more of?

Let us know who you believe deserves an artistic residency by visiting veteranarts.org and filling out our talent reporting form at the bottom of the home page.

Founder and best selling author of "Waking Up On the Appalachian Trail."
Humboldt County, California
Next Post